Inaugural address of the President of the Robotics Society of Japan 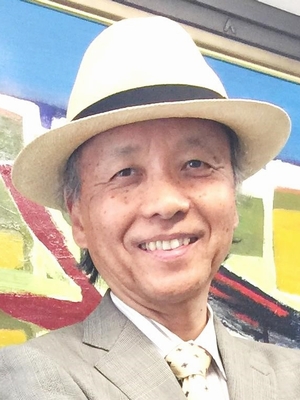 My name is Asada. I became the 19th president of the Robotics Society of Japan (hereafter, RSJ) in 2019. This, together with my retirement from Osaka University, marks a new beginning for me after exercise as a vice-president for two years under the former president, Dr. Toshihiro Sawa, and I feel ready to work on reforms with a new perspective. As you know, there is no shortage of discussion on AI and robots in these turbulent times, and there is a need for major breakthroughs in both robot science and industry in Japan. Our situation is not necessarily good, and having witnessed China's progress, we are in quite a predicament. However, in order to turn this adversity into a chance, we intend to strive together not only with other members of the Society but also the general public, and are considering activities centered on the following four pillars.

First of all, let's rethink the robot 學. I dare to use the old letter. As you are know, we renewed the journal from the first issue this year, and its name is "Robo 學" with the meaning of robotics reconsideration. Robotics has long been regarded as a integration of various disciplines, in other words, a multidisciplinary or interdisciplinary research area. However, as long as the term "interdisciplinary" itself has been a hot topic, the true interdisciplinarity has not reached. Multi-disciplinary is a state in which many disciplines coexist, while inter-disciplinary is a state in which each discipline has started to overlap slightly and collaboration between them has begun, but more advanced, "transdisciplinary" should be sougt for a new field of study in which multiple disciplines are merged into one, that is, robot 學. In addition to the existing related engineering fields, neuroscience, cognitive science, psychology, sociology, philosophy, ethics, law, and the like can be considered. From the perspective of these existing disciplines, robotics is a bridge between them, and is expected to play the role of a research vehicle. Many approaches in existing disciplines are based on the explanatory principle, and are considered to be demonstrated and verified by methods of robotics based on the design principle, but this on its own seems to end in robotics playing a supporting role to existing disciplines. Instead, we believe that robotics must include these disciplines and be rebuilt under new norms. In my opinion, the core concept is "constructive anthropology". "Anthropology" represents us as both a species and a social entity, and at the same time implies a representative of an organism that includes other species. "Constructive" refers to the verification of hypotheses and the ability to propose new hypothetical frameworks through design, creation and operation of machines such as computer simulation and robots. Hypotheses span from the microscopic level to the macroscopic level, and mutually-penetrating interactions with each field are essential in these. It is better to proceed by close collaboration at the researcher level rather than between academic societies, which tends to be a mere formality. In that sense, at the same time as establishing a new expert research committee that incorporates humanities and social sciences, we would like to strengthen collaboration among the expert research committees. Auto Drive, the hottest topic of the moment, has raised not only technical issues, but more serious legal issues as well. It is not a matter that should be left to legal professionals. We must consider technology issues and their impact on society from first principles. At that time, venues where engineers and also researchers in other fields can engage in discussion should not be the exception but commonplace. I believe that RSJ should contribute to the formation of such a venue.

The second is internationalization. Along with the ICRA, RSJ is the largest sponsor of IEEE / RSJ International Conference on Intelligent Robots and Systems (IROS), one of the largest international conferences on robotics. Due to the efforts of the founders, the Society has a large share of sponsorship, but a commensurate level of activities is expected from stakeholders in Japan and overseas. We hold tutorial lectures and lunch seminars, but our biggest contribution is dissertation presentations. Unfortunately, in recent years, the number of submissions as well as the number of accepted papers has tended to decrease, and this situation should be of great concern. The reason why the acceptance ratio is lower by about 10% compared to the West may be due to the difference in English capabilities, but in order to improve this, we have entered into a contract with Editage to provide support in checking English composition at the time of a student's submission. Although this is not yet common knowledge, if it is successful, we are also considering extension of the initiative to another international conference, RO-MAN. The hope is that this will salvage cases of good research that are not accepted due to the disparity in English expression skills. We expect that this will lead not only to an increase in the adoption rate but also to an increase in the number of submissions.

The third relates to the above and is human resource development. In many universities today, there are many students who have no experience of studying the liberal arts, because general education has been eliminated, and students enter the professional process early to accumulate academic results. In order to reappraise the first pillar of robotics, it is important to first study humanities and social sciences, then to enter a specialization. Philosophy and ethics are important when dedicating yourself to the subject. A typical example is the story about 3D sonar images for visualizing the movement of a fetus, which appears at the beginning of the book "Moralizing Technology" by Dutch philosopher Peter-Paul Verbeek of the University of Twente. It is a wonderful technique that made it possible to see something that had never been seen before, but this has caused murder. In other words, when the possibility of an abnormality is observed in the fetus, the parents — especially the mother — are forced to make very serious decisions. Although this means that technology should be developed with a full examination of the impact it will have on society, it does not mean the stagnation of science and technology, rather the need for creation of new values and ethics. This requires a radical reform of the education system, and is not easy. What RSJ can do is to set up the above-mentioned expert research committee including humanities and social sciences, and have a large number of students participate to provide a venue for understand the significance of this issue — even if only a little — and discuss it with each other. I would like to involve young staff and professors in addition to the students.

The last is industrial application. The structure so far has seen the results of research at universities used as seeds for collaboration with industries that can apply them, but the speed of recent AI-related business startups has been unusually fast, and the boundaries between universities and companies are blurring. There are a lot of student ventures, many of which are successful. Also, in Shenzhen, China, the cycle of demonstration experiments and commercialization is moving rapidly. It can be said to be an ideal environment for the development of science and technology, and although there are strong political aspects, which pose difficult problems, the environment is such that many intellectual properties will be completely captured while we stand still. We should focus on areas where we can maintain even a slight advantage, and find a system we can support. While such fields exist, they must also be newly created. If we can create new value by a paradigm shift from quantity to quality, I think we still have a chance.

In addition to the above four pillars, we are also proceeding in parallel with the ongoing reform of the academic journal to separate it from dissertations, the establishment of the student editorial committee, and the reconstruction of the website. Naturally, we are open-minded with respect to all these things. We intend to steer RSJ in a direction of being open to society, including members and non-members, and creating an inclusive future society together. I would like to ask for your encouragement and active participation in RSJ.